George Washington: The Dentally Fallible Man Behind the Myth 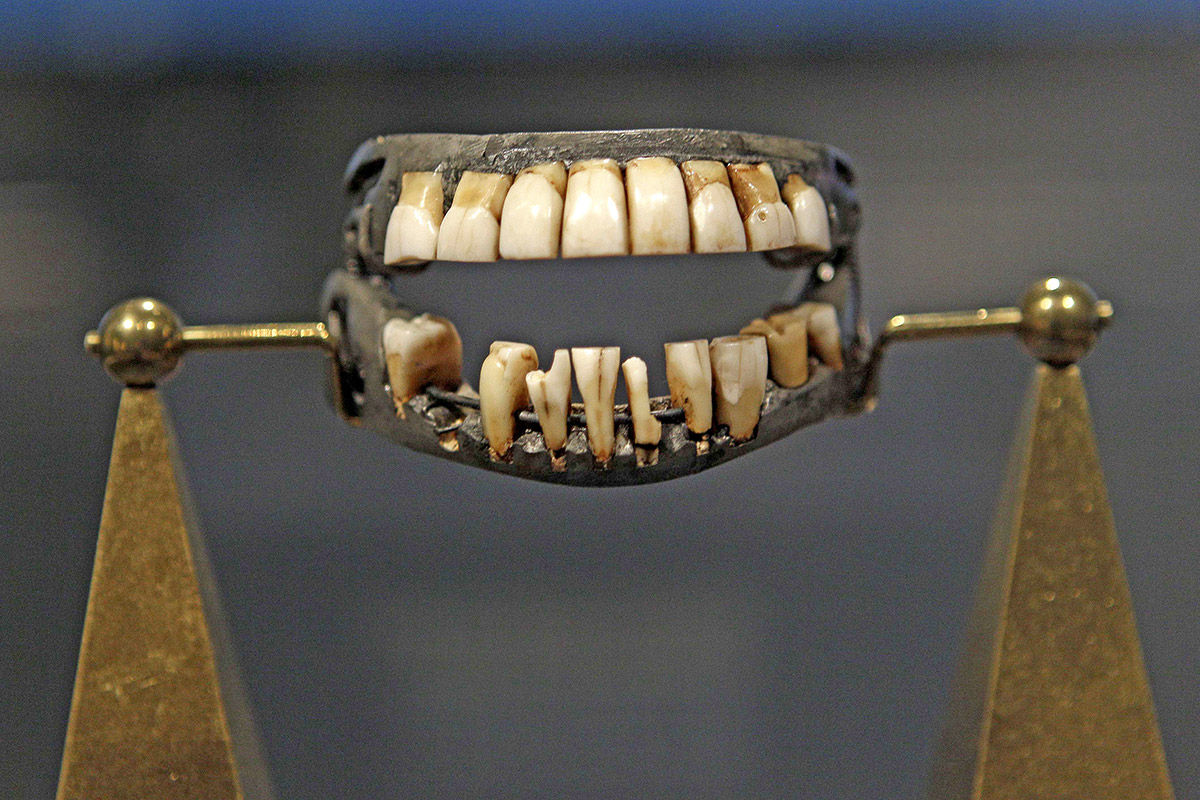 Visitors to the Capitol Building in Washington DC this President’s Day can gaze up into the center oculus of the Capitol dome and see George Washington depicted as a heavenly god in Constantino Brumidi’s fresco, The Apotheosis of Washington.

While Washington’s contributions to our early American history may seem super-human in some ways, we all know that on many levels he was very human.  The President’s rather tragic dental legacy stands as vivid proof of his mortality.

Washington’s very detailed ledgers show that he routinely purchased toothbrushes, powders and pastes but history records that George had his first tooth extraction at age 24.  From that point on he averaged the loss of one tooth a year from assorted painful abscesses and maladies.  By the time of his 1st Presidential inaugural in 1789 he was down to one tooth, a bicuspid on the lower left.  He was just 57 years old.

Throughout the Revolutionary War the General relied on a dentist named Baker.  At one point the British intercepted a package Washington had sent to Baker containing a set of his partial dentures and a letter detailing his dental woes.  The British took wonderful delight in poking fun at “his Excellency”, an embarrassment that wore heavily on the General.   From that point forward Washington corresponded with his assorted dentists in a code of sorts that protected him from outside scrutiny.

The President’s diary entry from January 17, 1790 notes the he was “Still indisposed with an aching tooth and swelled and inflamed gum.”  By 1796, Washington and his New York dentist, John Greenwood threw in the towel.  His final tooth was removed.  The assorted partial, and ultimately full dentures made for Washington were fabricated with teeth from horses, donkeys, hippopotami, and humans.  The bases were made of ivory or lead.  At no point did George Washington ever utilize “wooden” dentures.