Back in July our local Mason & Deerfield Lifestyle magazine published a story detailing a road trip my wife, Lynn and I had made last October in our 1948 Hudson Commodore.  We had driven from our Maineville, Ohio home to Danbury, Connecticut to participate in a resurrection running of the Great American Mountain Rally (GAMR).  The original GAMR had lured rally teams from around the globe to congregate in the mountains of New England on Thanksgiving weekends from 1953-1957. 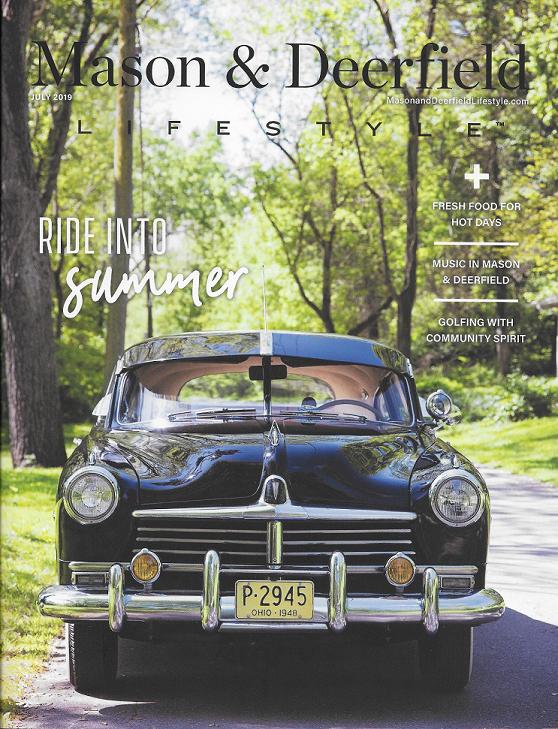 The concept of a Great American Mountain Rally Revival (GAMRR) was the brain-child of road-rally enthusiast Gary Hamilton, and his mentor, veteran international road-rally guru Steve McKelvie.  They had been somewhat discouraged that only 13 teams were registered for the 2018 inaugural running of the GAMRR, but in the end the enthusiasm of the rally participants motivated Gary and Steve to press ahead with plans for a 2019 GAMRR to be held October 25-27 of this year. 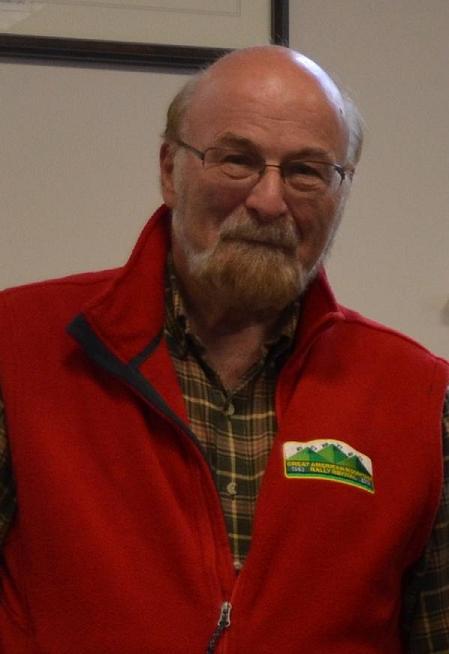 In January came the stunning, tragic news that Steve McKelvie had died.  It was a development that came out of left-field for Steve’s family and the entire road-rally community.  Gary Hamilton’s initial fears were that he was not up to pulling off a 2019 running of the GAMRR without Steve at his side.  Those fears were quickly swallowed up however, by words of support that came Gary’s way.  Now more than ever, the 2019  GAMRR had to happen as a tribute to Steve, his devotion to the hobby in general, and this task in particular.  And so, on the first day of registration Lynn and I once again signed on.  We were committed to support the rally and another vintage car, autumn trip into the beautiful mountains of New England.

Any automobile lover has a dream car, a car that stands #1 on his or her list of favorite cars.  For me that car was a 1952 Hudson Hornet Club Coupe.  The Hudson Hornet dominated America’s stock car racing circuit from 1951-1954.  It was my parents who planted the seeds of Hudson affinity deeply within my heart during my childhood days when there was nothing but a pair of “step-down” era Hudsons in our garage.  In July of 2018 my dream became reality when I connected with Bruce Burmaster.  Bruce had owned his 1952 Hornet Club Coupe since 1967!  He had been a very faithful steward to the car, but at age 89 he had gone in search of the next owner, someone new to whom he could comfortably pass along his stewardship role.  Lynn and I drove to Los Angeles to meet Bruce and his wife, Mickie, to see and explore the Hornet, and ultimately to finalize the purchase. 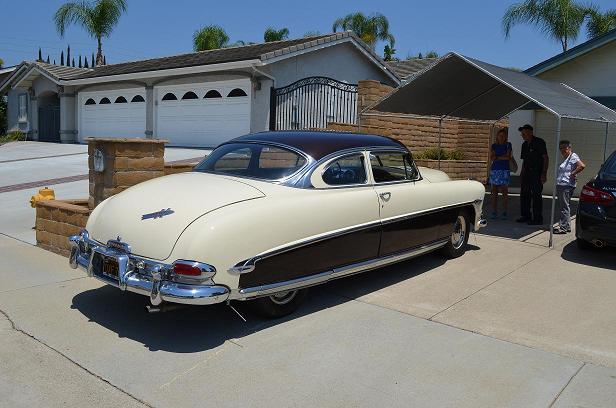 The new Hornet was a solid California car but, make no mistake, it needed a thorough sorting of all systems to get it ready for road trips of any length.  In July of this year the Hornet went to spend some quality time with “Dr. Doug”, Doug Wildrick of Shelbyville, Indiana.  Doug and his wife, Terri run what simply has to be the finest Hudson restoration and service facility on the planet. 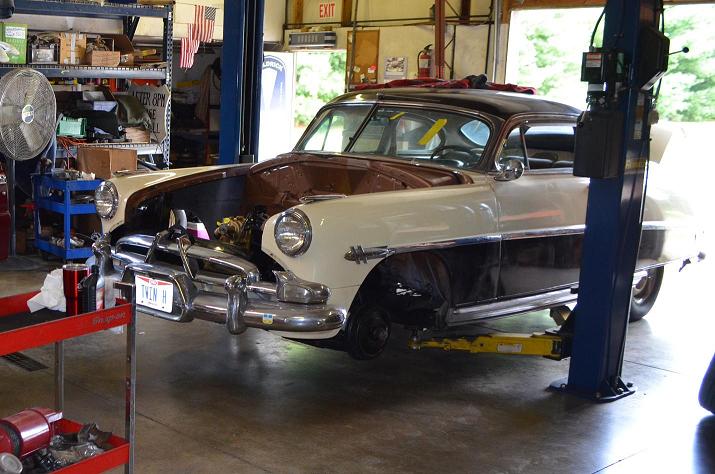 During the months of August, September, and the first half of October, Doug and his team went through the Hornet with a fine-toothed automotive comb.  I was eager with anticipation as Lynn and I made the trip over to Shelbyville on October 16th to retrieve the Hornet.  We had a rally to run!  That night, for the first time ever, three Hudsons took shelter in our garage.  It was our big black 1948 Commodore that had completed the 2018 running of the GAMRR.  We lost my dad, my Hudson mentor in July. His maroon 1951 Hudson Pacemaker returned to Maineville after a session of its own with Dr. Doug.  With the return of the Hornet a Hudson trinity had taken shape. 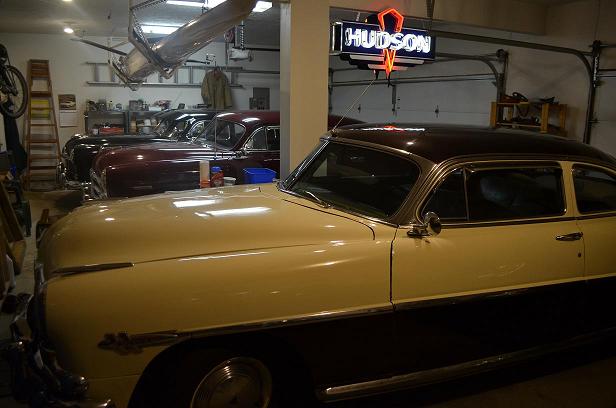 So, the Hornet had been responsibly prepared and packed for its first true road trip in decades.  Early on the morning October 23rd we turned the key and set out to the northeast.  The previous October it was during this Day 1 travel when Lynn and I had encountered electrical problems with our 1948 Commodore that threatened to end our rally before it even started.  We spent the night in Erie, Pennsylvania where the following day the guys at Erie Batteries, Alternators & Starters pulled our automotive fannies from the fire and put us back on the road. 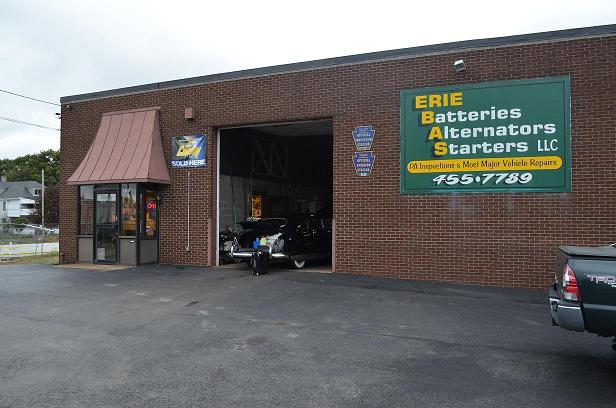 So quite naturally, we were somewhat nervous as we traveled in our newly sorted 1952 Hornet.  But those nerves were wasted.  The Hornet ran like…..  well, like a Hudson Hornet!  We rolled along at 70+ mph all day long.  Without a hitch the odometer had turned 628 times as we pulled into Norwich, New York just in time for dinner at Nina’s.

The Hornet was covered the next morning, perhaps for the first time in its 67 year existence, beneath a thick layer of frost. 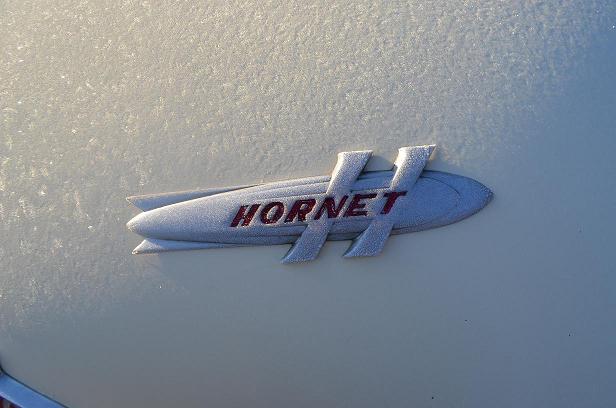 We spent that chilly night in Norwich because I had been determined for years to return to one of the town’s crown jewels, the Northeast Classic Car Museum.  The first time I had visited I arrived too late to complete a full tour of the museum’s very impressive collection.  It felt good to finally scratch that itch. 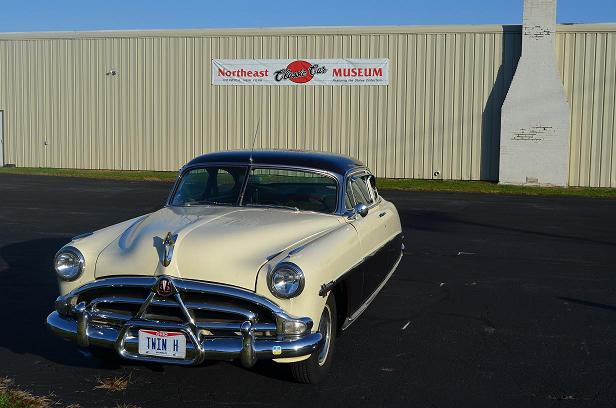 From Norwich we completed the final 150 miles of our journey to Saratoga Springs, New York. 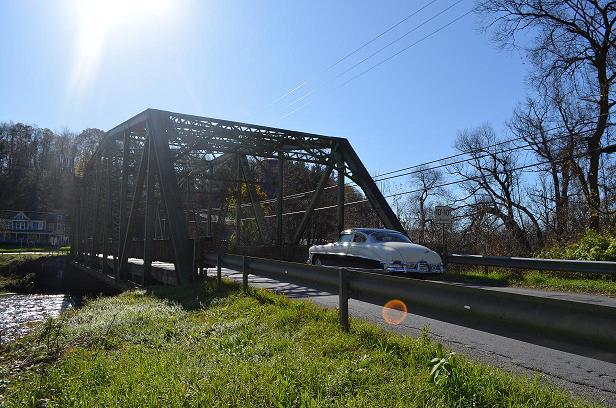 By that evening, 32 rally teams of two, navigator & driver, were to congregate at the Saratoga Auto Museum for introductions, reconnections, and final instructions for the next day’s start of the 2019 Great American Mountain Rally Revival!  From the rich diversity of cars we knew we were in for fun. 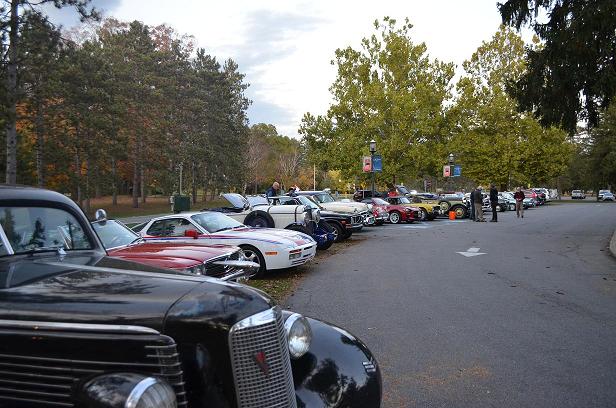