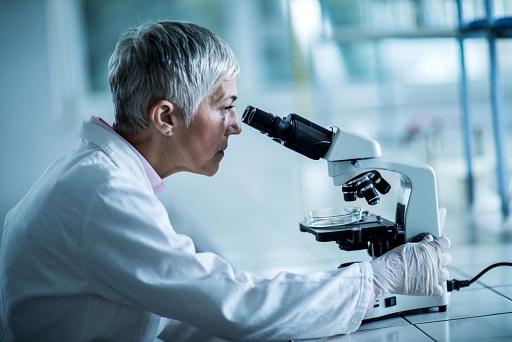 Mount Pleasant, Ohio was founded in 1817, but was renamed in 1850.  It seems the local citizenry survived a cholera epidemic in much higher numbers than other neighboring communities.  Their village had literally become “Mount Healthy”, and the name was changed!  Like any good story, theirs featured a battle between the good guys and the bad guys.  It just so happened that their villain was too small to see with the naked eye.

In the 1670’s, Dutch scientist Antonie van Leeuwenhoek invented the microscope and started to explore the microbial world.  In examining a water sample from a neighboring pond Leeuwenhoek discovered it was literally alive with tiny one-celled organisms.  In time we learned that some of these microorganisms were potentially deadly.

Paul Ehrlich, a German physician, theorized the notion that there could be chemicals capable of killing harmful microorganisms, while leaving neighboring cells unharmed.  The first modern antibiotic was arsphenamine, a chemical discovered by Ehrlich in 1909 as an effective treatment for syphilis.  The word “antibiotic” was first used 30 years after Ehrlich, by Ukrainian-American microbiologist Selman Waksman, who discovered more than 20 antibiotics in his lifetime.

The story we know best is that of Alexander Fleming and his accidental discovery of Penicillin, what ultimately became the world’s first mass-produced antibiotic.

All of us have grown up in the antibiotic age.  And because of antibiotics, cholera epidemics, like Voldemort, are an enemy of the past.  We’ve all come to know antibiotics as our miraculous friends in life’s battles against the microscopic world.

I’ve written about antibiotics before.  Why again?  In conducting my duties as a dentist, I am charged to be a responsible steward of the drugs that I prescribe in managing the ailments that my patients face.  I read and hear stories on a regular basis reminding me that we are largely living in the calm before new microorganism-based storms that are now arriving.  Indeed the Infectious Diseases Society of America (IDSA) has followed the lead of the World Health Organization in identifying antibiotic resistance as a priority issue for their focus.  At their annual meeting the IDSA reminded health care workers of their responsibility as the stewards of proper and responsible distribution of antibiotics.

Studies suggest that perhaps as many as a third of antibiotic prescriptions written today are “unnecessary”.  It is understood that the use of antibiotics should be reserved for times when actual bacterial, viral, or fungal infections are present.  Very seldom is it responsible for antibiotics to be used in a preventative/premedication mode.  The risks connected with antibiotic abuse involve the promotion of strains of microorganisms that are resistant to all known antibiotic drugs.

As a patient, you too have a role in this stewardship story.  Your homework: